Properties to rent in Liverpool

Properties to rent in Liverpool 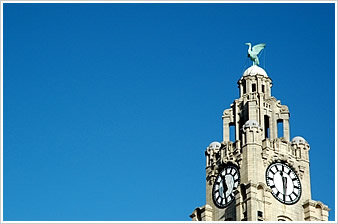 Sitting on the banks of the river Mersey,Liverpool is an exciting and culturally-rich city that is renowned the world over for its heritage as an international trading port, its sporting credentials and of course, its music.

Still regarded by many as a great Victorian city, in recent years Liverpool has undergone a renaissance which has rejuvenated the city centre and rebuilt its reputation as a diverse and energetic place to live, work and play.

Liverpool boasts 2,500 listed buildings and the value of the city’s wide range of architectural styles was recognised in 2004 when several areas were awarded UNESCO World Heritage status.

Iconic structures such as the Albert Dock, the Royal Liver Building (home of the famous Liver Birds) and the Port of Liverpool Building nestle alongside much younger neighbours, such as the BT Convention Centre and Echo Arena, and the giant leisure, retail and residential complex, Liverpool One.

Aside from an abundance of shops, pubs, clubs, restaurants, comedy clubs and live music venues, Liverpool also offers all the amenities that you would expect to find in a modern city, such as childcare facilities, public and private healthcare services, state and private schools, places of worship, and sport and leisure centres.

Property to rent in Liverpool

If you’re looking for a property to rent in Liverpool, you won’t be disappointed; the city boasts a wide range of flats, apartments and houses to let.

The regeneration of the city centre and waterfront means that when it comes to urban living, there are plenty of options available from one and two bedroom apartmentsfor professional or students at Liverpool university.

Outside the city centre, Liverpool’s suburbs offer a range of good quality properties to rent, including converted flats and traditional style terraced and detached homes.

Liverpool city centre is home to over 4000 businesses providing over 100,000 jobs.

Culture and recreation in Liverpool

Liverpool has the only collection of museums and galleries with National status in the UK outside London. It also boasts four theatres, which host events from west end shows to opera and ballet, and a Philharmonic Hall, which is home to the UK’s oldest surviving professional symphony orchestra.

The city has two cathedrals and there are many important historical landmarks, including the childhood homes of Lennon and McCartney, and public spaces scattered throughout the city that offer residents and visitors alike an opportunity to reflect and unwind.

Liverpool has good local transport networks that include buses, trains and of course, ferries. The city is well connected to other parts of the country by direct rail and road access.
The Port of Liverpool also provides passenger ferry services to Dublin and the Isle of Man while Liverpool John Lennon Airport links the city with destinations across the UK and Europe.