Properties to rent in Manchester

Properties to rent in Manchester 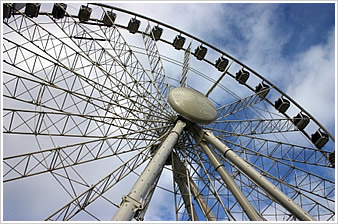 Often called the capital of the North, Manchester is one of Europe’s most vibrant cities and an exciting place to live.

City centre Manchester has undergone significant regeneration in recent years. What was once a great Victorian city has been transformed into a cosmopolitan hub, buzzing with shops, cafe culture and a lively nightlife.

The city has good public transport links (including trams in some areas) so getting around is easy once you’ve found your feet. Manchester also has its own airport, Manchester International Airport (the largest airport outside London), providing excellent links to many domestic and international destinations.

Living in Manchester will give you access to all the facilities you would expect to find in a modern city: childcare facilities, a diverse range of schools and places of worship, public libraries, healthcare facilities, sports and leisure centres, retail outlets, parks and public spaces.

Property to rent in Manchester

Whether you’re looking to rent a city centre apartment or a semi in the suburbs, Manchester offers a wide range of rental property to suit all budgets and lifestyles.

Property hotspots in the centre of Manchester are the ideal place for anyone looking for fast-paced, city living. One bedroom and two bedroom flats are the most popular with young professionals whereas those who are more established on the career ladder may prefer to choose from one of the city’s many stunning penthouse apartments.

Venture outside of the city centre and the selection of property to rent in Manchester increases, with popular university residential areas such as Chorlton, Didsbury and Prestwich popular with students of Manchester universityand the university of Manchester Institute of Science and Technology.

Just over two hours away from London by train, it’s hardly surprising that Manchester is the fastest-growing city region outside of London and the jobs market remains buoyant.

The city is the largest and fastest growing centre for financial, professional and legal services outside London, with more than 200,000 employed within the sector. The corporate finance sector is also well represented: over 60 banks (40 overseas-owned) are based in Manchester.

Meanwhile, the relocation of around 1,500 BBC jobs to Salford Mediacity:uk next year will confirm Manchester’s position as an increasingly influential media hub.

Culture and recreation in Manchester

Renowned for its seminal music scene and large student population, Manchester remains at the forefront of trend-setting and style.

This great city is home to many live music venues, nightclubs, comedy clubs, theatres and cinemas. It also boasts a large number of museums and art galleries, and plays host to many cultural festivals throughout the year, including film festivals, multicultural, literature, science, lesbian/gay (the city has a large gay community), performance events and food and drink.

Eating out in Manchester

Manchester is one of the UK’s most multicultural cities and this is reflected in the diversity of cuisine on offer throughout the city. There are dishes to suit all budgets and tastes: from Rusholme’s infamous ‘Curry Mile’ and the third largest Chinatown in Europe, through to fine dining in lavish surroundings from celebrity chefs.